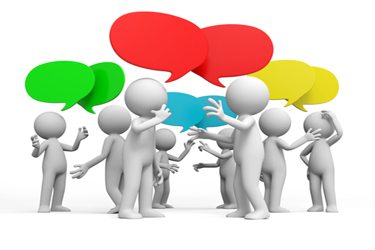 It is time for us to give the media something to talk about on our terms, something that supports an expansion of pregnancy-related care rather than a restriction. Discuss/debate via Shutterstock

We dread reading the news. It seems like every day another anti-choice bill is proposed that threatens people’s reproductive health and safety, like the recent amendment to a bill in Iowa restricting abortion access for people in prison, or the bill passed by in North Dakota which bans abortion after six weeks.

It is time for us to give the media something to talk about on our terms, something that supports an expansion of pregnancy-related care rather than a restriction. It is time to speak out against politicians interfering in the health-care decisions that belong to individuals and families, and speak up for those unable to afford care due to restrictive and harmful legislation. As reproductive health workers, activists, and consumers, we must talk about the importance of state- and federally-subsidized abortion coverage, which gives people the full range of reproductive health options. And we must encourage policymakers to do the same.

In our respective cities, Philadelphia and Cambridge, we have found allies in government who share our concerns and support reproductive rights and decision-making for people in our communities and across the country.

In Pennsylvania, the Hyde Amendment has prohibited Medicaid coverage of abortion since 1976. Research shows that this lack of coverage forces people already struggling to get by to come up with money out-of-pocket, which can cause unnecessary and burdensome delays in obtaining care or prevent them from following through on their desire to terminate an unwanted pregnancy. This is a reality that Women’s Medical Fund encounters every single day. For callers who risk eviction by postponing rent or go hungry to save up money for an abortion, policies like the Hyde Amendment strip away health, dignity, and autonomy.

Massachusetts is lucky to have progressive health-care policies, including state Medicaid coverage of abortion and childbirth, making the full-range of pregnancy options available. While access to reproductive health services in Massachusetts is not perfect, and advocates and organizations like abortion funds are needed to fill the gaps, the state recognizes the value in Medicaid coverage; no person insured through the state is left struggling to come up with money for an abortion. Massachusetts Medicaid has covered abortion since 1981, when the Supreme Judicial Court ruled that a lack of coverage creates an impermissible burden on low-income women. The state recognized that coming up with the money for an abortion goes beyond financial hardship and has deep and far-reaching consequences on individual independence. And when some politicians in the state tried to deny this coverage through a constitutional amendment in 1986, voters went to the polls to stand up for Medicaid coverage of abortion and to defend every woman’s ability to make her own important health care decisions.

In the past few months, members of the board of health in Philadelphia and members of the City Council of Cambridge stood with families and communities across the country and passed resolutions supporting public funding for comprehensive reproductive health care, including abortion. We joined other localities like New York City and Texas’ Travis County (home of Austin) to take a proactive stand against unjust restrictions and called upon the federal government to make change.

Since our Medicaid program for low-income people covers costs related to pregnancy and childbirth, it just makes sense to cover abortion so that every person is able to consider the same range of options. Choice is meaningless without access, and we can be the ones to push for change. If we want all people to have access to care across the United States, we must create newsworthy initiatives calling for an expansion rather than a retraction of coverage, and we must call upon our elected representatives to do the same.