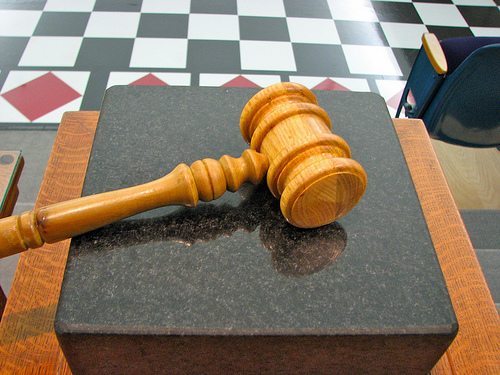 The state of Arizona is near the top of states looking to dramatically expand religious privileges as a means of curtailing women’s reproductive rights and redefining the relationship between women and the law. Earlier this month, Gov. Jan Brewer (R) signed into law two controversial bills, HB 2625 and SB 1365. HB 2625 expands the number of businesses that can deny access to insurance coverage for contraception and has garnered the most attention on the heels of the nationwide battle over access to prescription contraception.

But it is SB 1365 that poses the greatest risk to the women of Arizona.

SB 1365 prohibits the state from denying, revoking, or suspending a professional or occupational license based on any action deriving from a person’s religious convictions. It’s a broad expansion of the state’s conscience clause that already allows pharmacists, doctors, or other health care workers to refuse to perform abortions or to prescribe emergency contraception (though it is contraception, not an abortifacient) based on religious objections. Now, any licensed professional can deny services to anyone by declaring that their “sincerely held” religious belief is in conflict with otherwise prohibited and discriminatory conduct and be insulated from professional repercussions for doing so. That means, for example, that attorneys can now decline to represent health care workers facing complaints related to the delivery of reproductive health care, or they can refuse to represent an individual simply because she happens to be gay.

Supporters of SB 1365 insist the bill does nothing more than clarify that constitutional religious freedom protects a person’s professional license even as they acknowledge there are no known incidents of faith-based discipline in the state. Once again, the religious right offered up a solution in search of a problem.

And like every battle that places individual privacy rights in conflict with individual religious rights, there’s more to the story.

The push to pass SB 1365 dates back to 2008 and efforts by the State Bar of Arizona to require its members take an oath affirming sexual orientation as a protected class. As part of that oath the Arizona Bar, of which membership is mandated for Arizona attorneys, discouraged members from discriminating in representation of clients based on personal religious objections to sexual orientation, gender identity, and gender expression. This push for nondiscrimination in the delivery of legal services of the state bar association ultimately went nowhere and the right took the issue up as a clarion call for action around an assault on religious liberty.

The Arizona Bar Association is the regulatory entity for lawyers in the state. It handles ethics complaints and enforces the rules of professional responsibility against its members. Or at least it did until now. Thanks to SB 1365 the state’s only regulatory agency for attorneys must accept acts by its members that would be considered unethical by established standards of professional conduct if those actions are defended based on an individual’s religious preferences. The same is true for every professional governing body that maintains standards of practice and ethics for its members.

What’s even worse, those entities no longer have any effective means of punishing or expelling members from its ranks. That means that bad lawyers, bad doctors, and bad pharmacists will continue to take clients and there will be no means for those charged with the duty to oversee them to weed out those bad seeds.

That means women continue to lose full access to the privileges and protections of the law, simply by virtue of their status as women. Under any other circumstance we’d call that discrimination. But in the current climate lawmakers would like us to call that religious liberty.