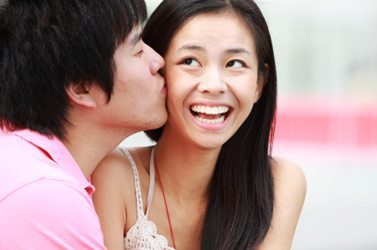 Dr. Elders is well-known for and has been widely honored for her work. Just last week, however, she received another honor: The Program in Human Sexuality, Department of Family Medicine and Community Health, University of Minnesota Medical School, established the Joycelyn Elders Chair in Sexual Health Education. The Chair is the first of its kind in the nation to focus on sexuality education. We congratulate Dr. Elders and the University of Minnesota.

Efforts in the United States (unlike those in other developed countries) to address adolescent sex have been directed toward preventing teenage sex as opposed to understanding helping teens prevent adverse consequences of sexual activity.  These efforts have been largely unsuccessful in stemming sexual activity because teenagers have a hormonal imperative to explore their sexuality. They do not “catch” sexuality from their friends, music, dance, or health education; rather, teens have a perfectly natural biological drive that says, WOW! to them soon after the advent of puberty.  Always has been and always will be this way. It cannot be avoided or evaded, because it is basic human biology.

When children experience puberty, natural intensification of sexual feelings soon follows. While many adults cringe at simply seeing the words “adolescent” and “sexuality” paired together, the adolescent hormonal imperative proceeds with its relentless takeover of youthful thinking—and, often, action.

We need to make sure that when that moment comes, they know how to be safe.

Head-On Collision of Culture and Nature

Nearly half of all 15- to 18-year-olds have engaged in sexual activity before finishing high school, and more than 70 percent are sexually active by the age of 20.  The consequences of adolescents having unprotected sex are devastating.

In the United States, we have difficulty accepting the fact that adolescents and young adults engage in sex before marriage, despite our high rates of adolescent pregnancy and sexually transmitted infection (STI).1 The median age of onset of puberty is 11.6 years, the mean age of initiation of sexual intercourse is 17 years, and the mean age of first marriage is 26 years. 2, 3

A major nationally representative survey found that 95 percent of adult respondents, aged 18–44 years, reported that they had had sex before marriage.  Eighty-one percent of those who abstained from sex until age 20 or older also had premarital sex.4  Abstinence-until-marriage is neither the cultural norm nor a functioning value.  Yet, we seem to expect today’s adolescents to resist their natural sexuality by abstaining from sex until marriage—something that the vast majority of Americans have not done since at least the 1940s and perhaps have never done.4

If more Americans understood the developmental process that occurs during puberty, then adolescent behavior would not be such an anathema.  As a country, we need to recognize fully the costly consequences of unprotected adolescent sex that occur because of limited access to contraceptive services, supplies, and sex education.

Adolescents are at risk for unintended pregnancies and sexually-transmitted infections (STIs).  Consider the US statistics:

On an individual level, preventable health-risk behaviors among sexually-active adolescents can expose them to lifelong consequences about which they are ill-informed. On a national level, the result of withheld information and distribution of misinformation is America’s sexual dysfunction (which, again, can be measured by rates of unintended pregnancy and STIs that are higher than those of virtually every other Western country). This dysfunction threatens public health, disrupts family life, and generally imposes a high societal cost through poverty—and the misery that poverty invariably brings.

We can do better.  We have the most advanced health care in the world, low-cost ways to prevent unintended pregnancy and STIs, and a wealth of information based on sound public health science that can help young people make responsible life decisions regarding their sexual health.  What is missing?  Two things:  universal access to health care and the presence and nature of sexuality education in schools.  If we are serious about protecting the health and well being of adolescents, we must decide whether we want to continue to fight natural human biology by attempting to eliminate sex before marriage or to encourage safe sex.

The best contraceptive in the world is a good education.  It is important to have a population that is well-educated and informed about sex, sexuality, and sexual health concerns, through age-appropriate, scientifically based universal sexual education across the lifespan.

Comprehensive sexuality education for adolescents does not increase promiscuity, hasten sexual initiation, or increase rates of sexual activity.  It does reduce the number of partners and increases the likelihood of contraceptive use at initiation of sex. 5,13

These facts are borne out by the experience of European countries that send the message of “safe sex or no sex” (instead of just “no sex”). Countries like Denmark, the Netherlands and Sweden do not experience the same devastation of their adolescent populations as does the United States.  Teen pregnancy rates are much higher in the United States than in many other developed countries—twice as high as in England and Wales or Canada and eight times as high as in the Netherlands or Japan. 9

In 1999, the Guttmacher Institute published the first international comparison of adolescent sexuality documenting major differences between the United States and Western Europe. The study showed that, although American and European teenagers initiated sex at about the same age, European teens had longer relationships and fewer sexual partners, were much more likely to use contraceptives, and had startlingly lower rates of pregnancy, births, abortions, and STIs.  Societal responses to the reality of adolescent sexuality differed as well.  In Europe, teenagers received comprehensive sex education and had ready access to confidential contraceptive services, even as they were given the clear message that they should not get pregnant before they were ready to become parents.10

This study helped to refocus the debate in the United States, spurred the development of teen pregnancy-prevention programs across the country, and prompted the enactment of new laws in 21 states ensuring access for minors to confidential contraceptive services and the growth of comprehensive school-based sex-education programs.11

An overwhelming majority of U.S. parents, teachers, and adults agree that children should be given comprehensive, age-appropriate health-care information–including information on sexuality and contraceptives–to protect their health and well-being.  It appears that the most widely-held American value and moral imperative is that our valued and vulnerable children should be healthy and grow up sexually healthy.

What Young People Should Learn and Know

Sex education should be taught in our schools from kindergarten through high school, because that is where most children are educated in the United States. School-based sex-education course material should be age appropriate.

Beginning in the first grade, children can be taught the parts of their bodies and their functions.  Children could be taught about what they can expect as they grow and develop.  Perhaps most of all, children need to know that it is normal for their bodies to change and what to expect next.

Before children enter puberty, (usually between eight and 12 years of age) they need to know:

Just teaching them to say no is not enough information to give to our children to keep them safe.  Teens need to realize the plethora of sexual choices they will be making as they progress through the teen years.  They need to recognize that having sex is a big choice to be considered seriously and slowly rather than quickly in the backseat of a car under the influence of raging hormones.  Sometimes teens may not recognize their actions as choices unless these are pointed out and enumerated.

If a teen decides to engage in sex with a loving partner, s/he will want to make a visit to the doctor or nurse to secure information about contraceptives suitable for his/her situation and perhaps a prescription.  If the prospective partner has had sex previously, s/he will want to be tested for possible sexually transmitted infections so as not to infect the new partner.  Teens need to know that they can get contraceptives if they think they might need them.  They need to know all of the contraceptive options, how to use them, their effectiveness, and what can happen when having unprotected sex even one time. So, as children, adolescents, and teens mature, the education changes and becomes more detailed to include all aspects of sexual contact, anal, oral, vaginal, homosexual encounters, and always self-esteem evaluations.

Strategies to Create Sexually Healthier Communities
Our valued adolescents are dependent on adults to help them across the often-challenging developmental bridge to adulthood.  We want them to be healthy and happy persons who will develop into well-educated adults, able to define and direct their futures, be motivated, and have hope.14

To attain this goal, we must have strategies to create sexually healthier communities through effective public policy.  We must have age-appropriate, science-based comprehensive health education in schools from kindergarten to twelfth grades and parent-education programs to teach partner-shared sexual responsibility.

Before patients reach puberty, health-care providers should give counseling concerning the changes the youth can anticipate.  They should encourage abstinence while providing age-appropriate counseling to reduce risky sexual behaviors.  Moreover, health care providers must develop policies for all office procedures to ensure privacy and confidentiality of adolescents.

Adolescents must have access to health care to keep themselves healthy.  They must have access to contraceptives, be knowledgeable about their availability and use, and understand their mechanism of action as well as their side effects.  We have both a moral and ethical responsibility to protect all adolescents in our community.

Just recently, the Supreme Court made a ruling that children 18 years of age and younger had a right to purchase or rent violent video games.  I wonder if the same court would rule that children under 18 also have the right to view, rent or purchase sexually explicit videos.  Does our U.S. culture view violence as more acceptable than even respectful sexual activity?

A sexually healthy society must be our new goal for the twenty-first century.  To get there, we must have sex education for our valued and vulnerable children, beginning in kindergarten and continuing through high school.

3.  Alan Guttmacher Institute. In Their Own Right: Addressing the Sexual and Reproductive Health Needs of American Men (AGI, New York, 2002).