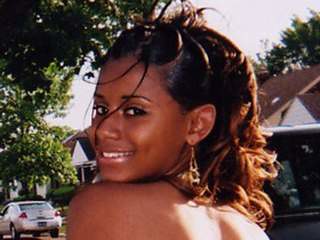 Asia McGowan, a 20-year-old student at Henry Ford Community College
outside Detroit was shot and killed on campus by a man who’d stalked her via YouTube and Facebook. Among other things, her 28-year-old murderer had posted his own YouTube videos that degraded black women. After point-blank shooting McGowan in the MacKenzie Fine Arts Center, the man turned the gun on himself.

I teach writing at Henry Ford Community College. While I didn’t know McGowan, I’ve consumed the varied reports on her sad story with an avidity fueled by the students I do know.

Henry Ford is a community of an astonishing diversity of age, race, ethnicity, religion, and orientation. Most students are what most progressives would call "under-resourced." Many are training for new careers outside the auto-industry. Some of my composition students are studying writing in their third or fourth language. There are musicians and rappers in my classroom; there are health professionals and firefighters, immigrants and lawyers. They are many things at once.

It is because of them that McGowan’s death makes me think hard on how feminism and domestic violence advocates have shamefully neglected the people at community colleges.

Feminists rightly celebrate the campus culture of activism visible in V-Day, Take Back the Night rallies, centers for sexual assault prevention and LGBT services, gender studies departments, and much more. Campus feminism has radically transformed the student experience. At my alma mater, the University of Michigan in Ann Arbor, the demystification of domestic and sexual violence began immediately at freshmen orientation. I knew where to go if I’d been stalked or assaulted. I knew I could get free condoms and STI testing from the campus health center. V-Day and Take Back the Night changed my perspective for how control fits into too many romantic relationships–and how that control is absolutely violent.

There is more to be done, of course, but all of this is good. So why
aren’t feminist resources for domestic violence and stalking available
at community colleges?

At Henry Ford Community College, there is no center for survivors of assault and violence, no feminist rallies and activism, no awareness campaigns that I’m aware of, nothing of the support systems that are taken for granted at the University of Michigan (which is less than an hour away from Henry Ford). The community college’s Focus on Women services are tailored to the academic and financial needs of female students. While Henry Ford does offer day care for students (a project that Michigan would do well to learn from), it lacks in any kind of support for students who, like McGowan, are terrorized.

Why not? Why must I even ask the question? Surely these students are just as deserving.

While Henry Ford offers grief counseling to the campus community and a message from the president, why isn’t it putting McGowan’s death in context and offering students practical tools for dealing with stalking and domestic violence? It’s true that Henry Ford suffers from severe under-funding, even more so than many of its community college counterparts in the area. Still, it should point students to other resources–such as the local Planned Parenthood and Serenity Services–via print and online tools, as well as campus events and tabling.

Meanwhile, feminists need to pay much, much more attention to community college students. Feminism’s "oversight" thus far implies a horrifying negligence of people without a certain level of income or educational pedigree. Rather than rest on our laurels for the vibrant campus activism at "traditional" schools, we must ally with the student, staffs, and faculty at community colleges–supporting them in awareness campaigns and practical strategies for fueling feminism on campus.

Let me be clear: This isn’t about ideology-spreading. It is about ensuring that community college students have the same life-saving resources that we prioritize at other colleges.

Because Asia McGowan should be alive right now.